From assela Pathirana
(Redirected from Wrfl)
Jump to: navigation, search 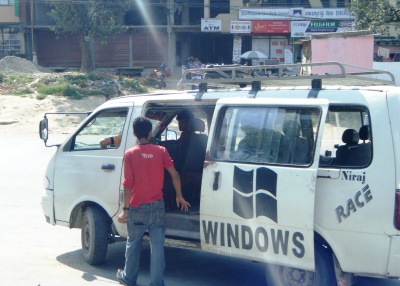 WRF Model runs on UNIX platforms only. While this generally is not a problem for dedicated research or forecasting entities, for the casual user having access to only a Windows computer is faced with difficulties in trying out the modeling system. It is quite possible to install a UNIX-like operating system (e.g. Linux, BSD) alongside Windows, the technical details involved is enough to keep casual user from doing that.

With the introduction of a number of a number of Virtualization solutions by various entities another path has become open to try Linux tools on Windows. That is to use a Virtual_machine envornment that runs a Linux operating system within a virtual computer that is installed within windows. The beauty of the approach is the fact that the user does not have to be tech-savvy to use such a solution. Once a good setup is designed and implemented, it will run practically on any windows computer that is reasonably powerful. Read on for details ...

Creating a VM: Behind the Scene

Note
Reading this section is not necessary. Feel free to skip to the next if so inclined. 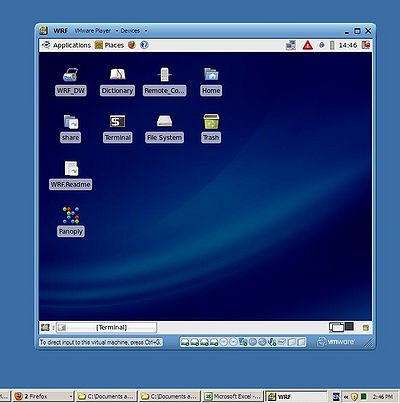 A WMware VM installed with Linux, running on windows

In theory one needs to buy the VMware Desktop application or a similar software to create new VMs. However, the community has been hard at work for many year and there are numerous accounts on how, in practice (quite legally) by pass this requirement. For example, Easy VMX] is a web site that allows you to create a VM by just filling a form! Create one and download it to the local computer. Then install the free software called VMware player and you have a virtual PC ready to install any operating system. You can use a CD-ROM to install a Linux OS within the VM. After that the VM works just like another computer installed with Linux! The advantage is that it runs within a window of your Windows computer. 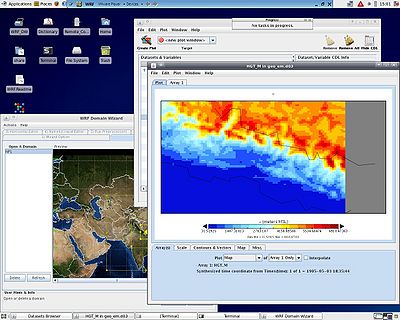 We have installed a small foot-print Linux version on a WMWare VM and equipped it with the WRF software and all other tools (e.g. Compilers, Graphical tools, Libraries, etc.) needed to compile and run the system. We have also created some scripts to make the tasks of running a (basic) WRF simulation easy for the beginner. Even this system is able to take advantage of Dual Processor systems.

Finally we have packed everything to a DVD with a reasonable installation program so that the end-user can install it just as any other piece of windows software.

At the moment we use this DVD for trainings in various countries. However, it is not possible to release it for the public to download, simply because of the potential license issues. Some of the tools used within the DVD (e.g. VMware player, Intel's compilers for Linux, WRF model itself, etc.) are not freely distributable.